A clear sense of call

Is God calling me? Answering the question every leader asks, by Jeff Iorg, is a book I wish I had read 30 years ago. While it might not have changed the course of my life, it would have helped me better understand the process of how I got to where I am today. It would have helped me identify the key questions that needed to be answered on the front end of the process, rather than discover them in hindsight and through trial and error.

The book is designed to answer the question, “What is the call of God?” The author uses the following definition, “A call is a profound impression from God that establishes parameters for your life and can be altered only by a subsequent, superseding impression from God.”

The author explains that there is a universal call for all believers to serve God with their time, talents, and treasures. There is a general call of some believers to ministry leadership. There is also a specific call to a unique ministry assignment or position.

The author also explains that there is no “one-size-fits-all-call-experience.” God calls some people through sudden experiences, others through reasoned decisions, and still others through the prompting of others.

The book is practical, encouraging, and easy to understand. It reads more like a conversation with a good friend over a cup of coffee than a textbook. It should be must reading for every Bible College and seminary student. It is one that I will certainly recommend to those who are asking these questions.

The temperature hit 102° at Seattle-Tacoma International Airport on Wednesday, July 29, 2009. 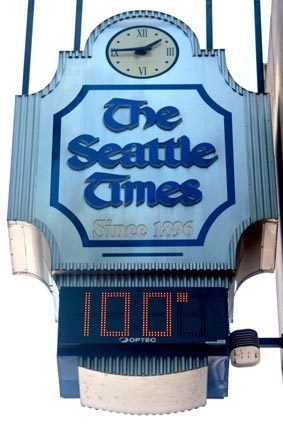 Posted by wheelsms on July 29, 2009 in News stories, Photos, Seattle

The streets of Sammamish, WA

The city of Sammamish, WA does a nice job decorating the streets with hanging flowers and flags. 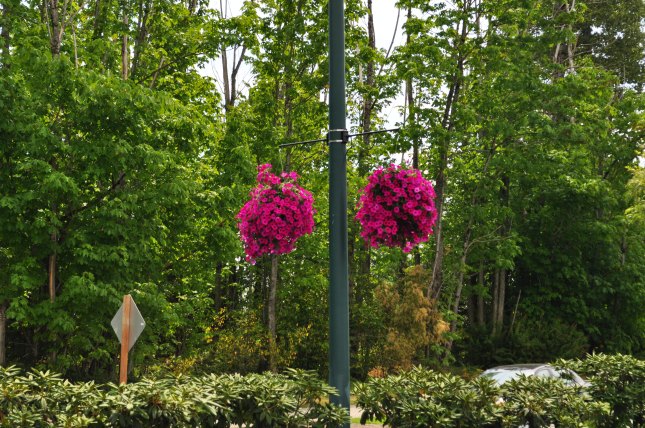 After weeks without rain and on a day where the thermometer is north of 90°, this sign posts an appropriate warning. 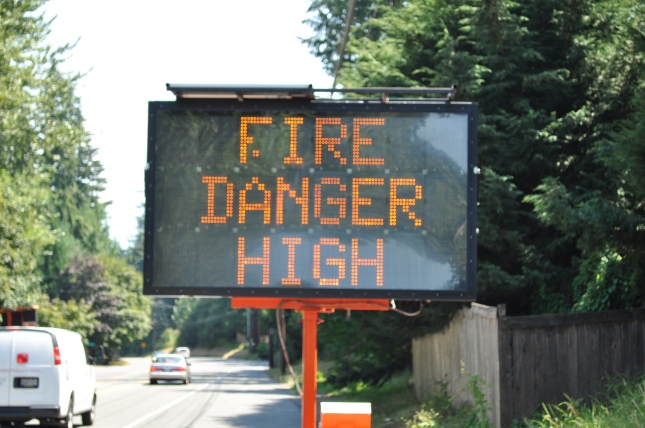 Now, if I could only find a way to post it on the language center of my brain.

“So also the tongue is a small member, yet it boasts of great things. How great a forest is set ablaze by such a small fire! And the tongue is a fire, a world of unrighteousness. The tongue is set among our members, staining the whole body, setting on fire the entire course of life, and set on fire by hell.”  (James 3:5-6, ESV)

Posted by wheelsms on July 28, 2009 in Personal growth, Photos

There are some stories you just cannot make up, and which are too much fun to leave alone.

A new highway sign in Wisconsin directing travelers to the cities of Rothschild and Schofield has every word misspelled except “Exit”.

This past week, two Jehovah’s Witnesses came into the office of our church, United Evangelical Free Church of Seattle. They spoke with Anita, our Administrative Assistant, and explained that they were in the neighborhood distributing literature on how to understand the Bible. Would we like a copy of it? (I’m not sure if I was more amazed at their boldness or more curious if they really understood what the term “evangelical” meant.) Anita politely told them, “No, thanks,” and they went on their way.

She asked me later if I had wanted to talk with them. I responded, “I don’t give them the time of day.” In doing so, I’m not trying to be rude. I try to be cordial, but firm. A few weeks ago, two Mormons called at my home and asked if they could tell me about Jesus. I responded, “I believe in Jesus, but he is not the same Jesus you believe in. I am saved by grace through faith.”

Rather than rude behavior, my unwillingness to dialogue with them is based on the instructions in 2 John 7-11. In that passage, John writes,

For many deceivers ﻿have gone out into the world, ﻿those who do not confess the coming of Jesus Christ in the flesh. Such a one is the deceiver and the antichrist. Watch yourselves, so that you may not lose what we﻿ have worked for, but may win a full reward. Everyone who goes on ahead and does not abide in the teaching of Christ, does not have God. Whoever abides in the teaching has both the Father and the Son. If anyone comes to you and does not bring this teaching, do not receive him into your house or give him any greeting,  for whoever greets him takes part in his wicked works.

If someone is seeking the truth, a Christ follower should give them as much time as needed. But if they are teaching false doctrine, we should limit our contact and interaction. Not a popular opinion in a PC world, but it is one which Scripture teaches.

Posted by wheelsms on July 27, 2009 in Apologetics, Scripture, Theology

Life is hard, being a cat. You spend your day trying to find the perfect “laying-out-in-the-sun-spot.”

Then your owner comes along and picks you up. 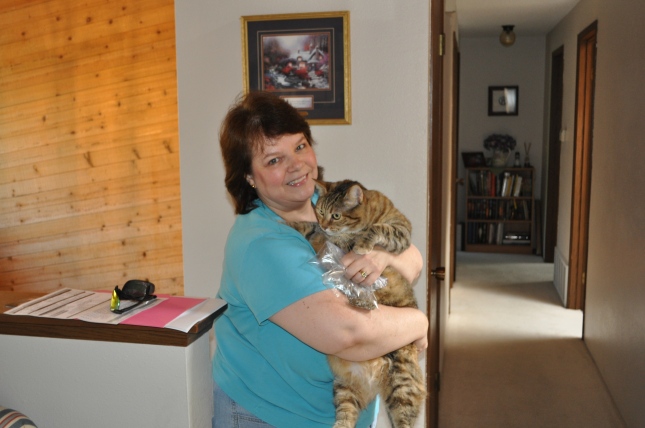 The vet pokes, prods, gives you a shot, and to top it all off insults you by saying you’re overweight and need to lose one quarter of your weight. The indignity of it all!