Step out of your comfort zone

How do you live by faith when you are unemployed? When the doctor tells you it’s cancer? When you struggle with infertility? When Mr./Mrs. Right is not to be found? When your promised internship falls through? When your grown children don’t call? When there is more month left than money? When God leads you to move cross country and leave family and friends behind? How do you live by faith in today’s world? 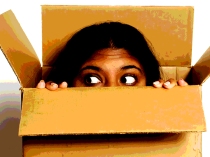 Let’s face it. Living by faith means we have to step out of our comfort zone. Oftentimes, we would rather stay comfortable than grow. It’s named a comfort zone for a reason—it’s comfortable.

Abraham provides an example of a man who chose commitment over comfort. He chose to follow God rather than settle for a life of ease. Abraham demonstrates that the key to stepping out of our comfort zone and walking by faith is keeping our eyes on God.

Acts 7:1-4 explain that God appeared to Abraham (or Abram as he was known then) while he lived in the city of Ur in Mesopotamia. Ur was a sophisticated, well-designed, wealthy city, one that provided the best available comforts. Many of the inhabitants of Ur were proficient in mathematics, advanced in astronomy, and specialized in weaving, metal working, and engraving.

The people of Ur worshipped many gods, particularly nature gods. In the center of Ur was a large temple, called a ziggurat, where the people worshiped their chief deity, a moon god called Nanna. Joshua 24:2 indicates that Abraham and his father Terah served some of these gods. They were idol worshippers.

We don’t know if God spoke to Abraham in a burning bush, wrote a message on the wall, or sent an angel to speak with him directly. But whatever form the message took, it changed Abraham’s life. He packed up the caravan and headed out on a road trip. While Abraham did not know the destination, he knew for certain he could no longer stay in his comfort zone in Ur.

The first steps of faith are often baby steps. Abraham was to leave his country, his people, and his father’s household. Reasoning that one out of three wasn’t a bad start, Abraham left home, but brought his nephew and his father along with him. They got part way, but stopped for a time in the city of Haran. While God does not chastise Abraham for partial obedience, neither does he give him any further revelation until he arrives in Canaan.

Following his father’s death at Haran, God appears a second time to Abraham (Genesis 12:1-5). He gives him two commands, and each one came with three corresponding promises. If Abraham left home, God would make him a great nation, bless him, and give him a great name. If Abraham was a blessing, God would bless those who blessed him, cursed those who cursed him, and bless the entire world through Abraham.

Apparently Abraham did not get the message about partial obedience. When he leaves Haran, his nephew Lot is still tagging along. God will not reveal the extent of his promised blessings nor confirm his covenant with Abraham until Lot is gone.

As you think about your own life, is there anything holding you back from obeying God fully? Are you missing out on God’s blessings because you won’t let go of an old habit or past relationship?

All along the way, God gives Abraham instructions and backs them up with promises. What God leaves out, however, is his reasons. He wants Abraham to learn to trust his promises even when he doesn’t know the reasons or all the details.

When Abraham arrives in the Promised Land (Genesis 12:6-9), he discovers the Canaanites are present. They were an exceedingly wicked people. Since the best grazing spots were already taken, Abraham keeps heading south until he reaches the Negev region. 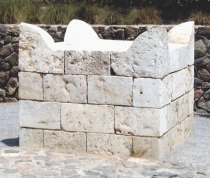 A popular philosophy among outdoor enthusiasts is “leave no trace.” Enjoy the outdoors, but don’t leave behind a record of your presence. Abraham did not subscribe to the philosophy because he left an altar of worship to Yahweh wherever he went. Rather than be influenced towards evil, he tried to influence others towards almighty God.

Abraham demonstrates that the key to leaving our comfort zone is keeping our eyes on God. When we step outside our comfort zone, we should trust God’s promises and anchor our lives in worship.

This is the synopsis of a message preached at First Central Baptist Church in Chicopee, MA, on Sunday, June 23, 2013. It is the first message in a series on the life of Abraham. Please click on the link to download a copy of the sermon notes.