This was our first Sunday back together as a congregation at First Central Bible Church. Not surprisingly, we had some technical challenges. While the audio quality if not quite up to par, we were able to record most of the music portion. I begin speaking just part the 21-minute mark.

Seems some people prefer going to church on Zoom 😉

A Change of Perspective

Don’t judge a book by it’s cover. They look at life through rose-colored glasses. Walk a mile in a person’s shoes before passing judgment on their life.

What we think we need is quite different from what we really need. How we see the world is vastly different from how God sees the world. How we choose leaders is often the polar opposite of how God chooses leaders.

1 Samuel 16:1-13 presents the story of God sending Samuel to anoint David as the next king of Israel. It emphasizes the point that we need a new perspective. We need to see life and people from God’s viewpoint.

Plan B: A king chosen BY Israel (1a). The story begins by explaining that God had rejected Saul as king. Saul had been chosen by the people (8:18; 12:13) rather than by God. If you study the previous chapters, you discover that God had a different view of Saul than the people did.

The people thought Saul was a take charge leader. God viewed him as impatient (13:8-12). People viewed him as decisive while God judged him as rash and impulsive (14:24-30, 39, 43-45). People liked Saul because he thought for himself while God saw his actions as disobedience (15:1-3, 8-9). The nation viewed Saul as analytical while God saw that he rationalized and shifted blame (15:15). Instead of being a man of the people, he was really a people pleaser (15:24). To people Saul looked very impressive, but God knew that he was over image conscious (15:25, 30).

Plan A: A king chosen BY God (1b-13). God instructed Samuel to stop grieving over what might have been and instead, set out to anoint the man God had chosen as the next king. While Samuel was initially reluctant and fearful, he obeyed God and carried out the task.

Samuel journeyed to Bethlehem under the pretext of offering a sacrifice. While there, he invited the family of Jesse and his sons to join him. Samuel thought each of Jesse’s seven sons looked like kingly material. However, God rejected each one of them. Instead, God explained, “Do not look on his appearance or on the height of his stature, because I have rejected him. For the LORD sees not as man sees: man looks on the outward appearance, but the LORD looks on the heart.”

Samuel learns that Jesse had an eighth son who was caring for the sheep. Not only was he the youngest, he was also the smallest of the boys. Since he was not included in an adult gathering, David was possibly 11 or 12 years old at the time. Following God’s instructions, Samuel anoints David and the Holy Spirit takes us residence in his life from that day forward.

We can gain several principles about perspective from this story. In the darkest of times, God is still at work. We need to trust his plan. When God gives us a task, we need to obey his instructions and carry out the task. Since God views life and people from a different perspective, we should ask him to open our eyes. Since God chooses leaders on the basis of their heart, we should ask God to increase our desire for him. Lastly, if God calls us to a task, we should rely on his provision to equip us to be successful.

This is the synopsis of a sermon preached at First Central Bible Church in Chicopee, MA, on May 31, 2020. It is part of a series of expository sermons on the life of David. Please click on the link to download a copy of the sermon notes.

Carol and I drove down to Manchester, CT, where we walked through the many different gardens of Wickham Park. It was a beautiful, relaxing time.

Posted by wheelsms on May 30, 2020 in Connecticut, Flowers, Photos

First Central Bible Church (building) is reopening tomorrow, May 31, for worship. We’ve spent the past 10 weeks doing virtual worship services. Now, we are allowed to once again meet together, though with some limitations. (We will also livestream our worship service on Facebook for those who cannot join us.) As part of our preparations, we’ve had to limit our access and seating and find new ways to do old things. Here’s some photos of our preparation process.

Posted by wheelsms on May 30, 2020 in Church, First Central Bible Church, Photos

In 1 Samuel 16:7, God tells the prophet Samuel when he is directing him whom to choose as the next king of Israel, “For the LORD sees not as man sees: man looks on the outward appearance, but the LORD looks on the heart.” We need a change of perspective if we are to view life and people from God’s viewpoint. That is the topic we will consider this Sunday, May 31, at First Central Bible Church. Here’s a video preview of the message.

Posted by wheelsms on May 29, 2020 in 1 Samuel, First Central Bible Church, Preaching, Scripture

Last year, my wife installed a bird feeder on our deck. It has been enjoyable seeing the various types of birds who come to feed. We have morning doves, starlings, bluebirds, orioles, blackbirds, and cardinals. The problem is that we have also attracted “Chubs,” the local squirrel and his buddy, who regularly clean out the bird feeder.

Perhaps this is why we were both greatly entertained by Mark Rober, a former NASA engineer who built the perfect squirrel proof feeder. You can watch his video and marvel at his creativity.

A new religion for pet owners

Non-Sequitur has created a new religion which pet owners can identify with. We certainly experienced it when Mittens was with us.

Ministry in the Middle

On any normal Sunday, pastors minister to a cross section of people. Young and old. Immature and mature. Weak and strong. Struggling and stable. Liberal and conservative. Vocal and quiet. Extroverts and introverts. Givers and takers. Participants and spectators. Sinners and saints.

The COVID-19 pandemic has brought a whole new dimension of opinions and viewpoints. As churches begin to reopen and start meeting again, pastors are once again placed firmly in the middle with the challenge of ministering to people on various stages of the spectrum.

The writings of the apostle Paul provide pastors with a good model of how to minister to a divided church. 1 & 2 Corinthians in particular were written to a church divided over party politics, spiritual gifts, role of women, practice of worship, church discipline, and a number of other issues. Paul’s emphasis was to get the church to focus on Christ and Christ alone (1 Corinthians 2:1-5).

In the book of Romans, Paul gave counsel as how to act when you find yourself on the opposite side of the table from another believer. Paul encouraged both parties to place themselves under the authority of the government leaders (13:1-7), seek to love one another (13:8-14), not to pass judgment on someone who holds a different opinion (14:1-12) and not to cause another person to stumble because you believe your position is “right” and their opinion is “wrong” (14:12-23).

While we as pastors cannot please every person and satisfy every whim, we do need to be gracious as we serve all those who are present. As we do, we must keep our focus on God and seek to please him above all.

Posted by wheelsms on May 26, 2020 in 1 Corinthians, Church, Culture, Leadership, Ministry, Romans, Scripture 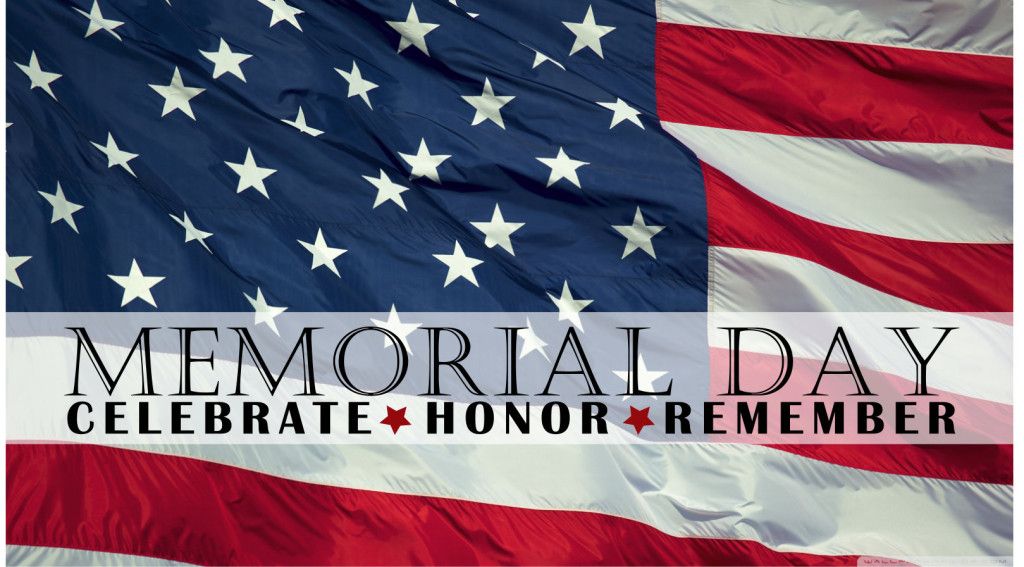 Posted by wheelsms on May 25, 2020 in Holidays, Memorial Day